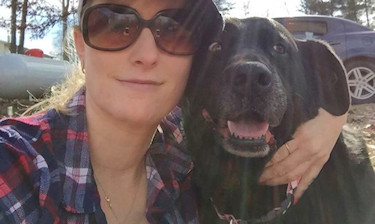 In February 2015, Amanda started working at LCHS as an Animal Care Giver. Amanda left for two years to explore new job opportunities, but she just had to return to what she loved to do most: watching the dogs and cats of LCHS, who have been through a lot of trauma, heal and trust again. Amanda is a graduate from Zane State College and studied Criminal Justice and Corrections. She has a little girl named Kinsley and a little boy named Kolt. In Amanda’s spare time she enjoys planning her August 2019 wedding, four-wheeling, cooking, and watching the Food Network. Amanda also loves to spend time with her pit bulls named Dozer and Kevlar, dachshund mix named Chevy, her new rescue micro-mini bulldog Cheese, and her two cats, Mittens and Raisin.